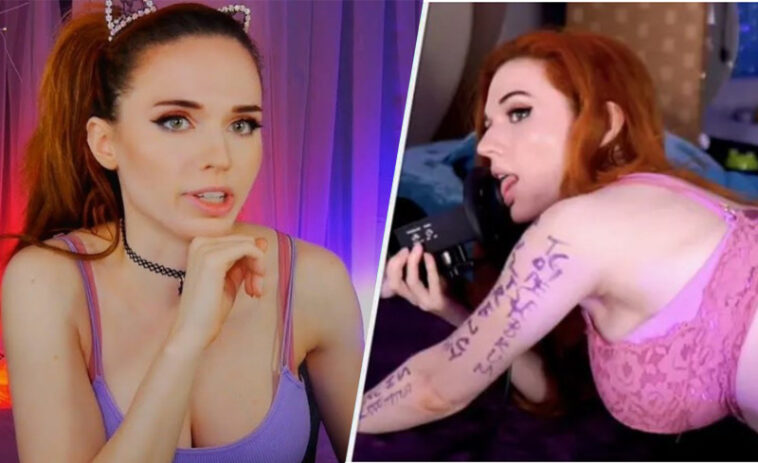 Twitch has another hot trend blooming, wanna know what? ASMR audio streams which imitates a level of intimacy one might not see it coming.

Many have already received a ban hammer in respond for testing the limits of what auditory content is authorized on the platform.

The controversial Twitch streamer Amouranth, and model indiefoxxlive are temporarily banned from the livestreaming service, where as their outlandish content have been going viral on social media.

On the viral video clip Amouranth was seen wearing a horse mask neighing and also sometimes taking the entire mic into her mouth to make weird slurping sounds.
Currently if you click on Twitch’s “ASMR”, you will find  a women whispering with the occasional wet sound thrown in.

Indiefoxxlive, in her statement to Polygon, have admitted that the ban was indeed due to sexual content. The streamer was seen in her video clip indulged in a variety of yoga poses along with “ear lick” ASMR.

Amouranth claims that her hot tub streams were doing fine once advertisements were reinstalled. And she highlights the point on her behalf that she’s been doing ASMR streams through out and such content is nothing new for her, actually the main reason for her clips getting viral is not the ASMR but because of the time she’s dedicated into it.

Twitch Community Guidelines have certain rules to abide by and there are multiple pages dedicated to sexually suggestive content on the platform.

“Evaluations on the sexual suggestiveness of a behavior or activity are independent of user attire and are instead based on the overall surrounding framing and context,” the rules read.“

Now it’s on Twitch to decide whether to stratify this content further or allow it to continue.