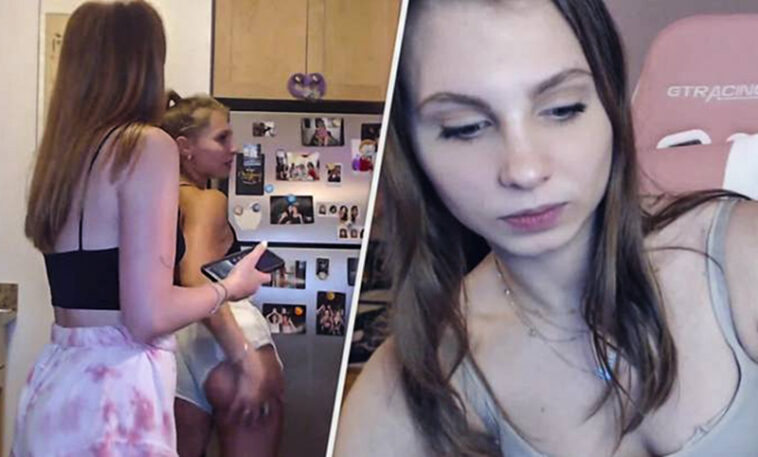 Twitch streamer Kelly Jane Caron also known as “kjanecaron” has been banned by Twitch due to a recent livestream where she was seen one of her female friends at the poolside.

Twitch has been a hotbed for trends such as “ASMR” and “Hot Tub Meta” in recent months which has created quite a stir.

Many people believe that allowing such steamy content on the platform deviates from its real purpose and highly sexualized content shouldn’t be allowed on the platform.

Twitch allows such content to be streamed for now but they have handed out several bans to streamers who they feel have crossed the thin line of content that can and cannot be posted on the platform.

During her livestream, Caron could be seen kissing one of her friends for a good few seconds while wearing a bikini. This resulted in her being banned by Twtich for a 24 hour period.

She later went on to explain via an Instagram story that she didn’t know that was the reason for her ban. She initially thought it was due to a sexually suggestive pink candle which was shown during the livestream.

We hope Twitch continues to punish streamers which uses the platform to carry out making out sessions rather than streaming videogames.