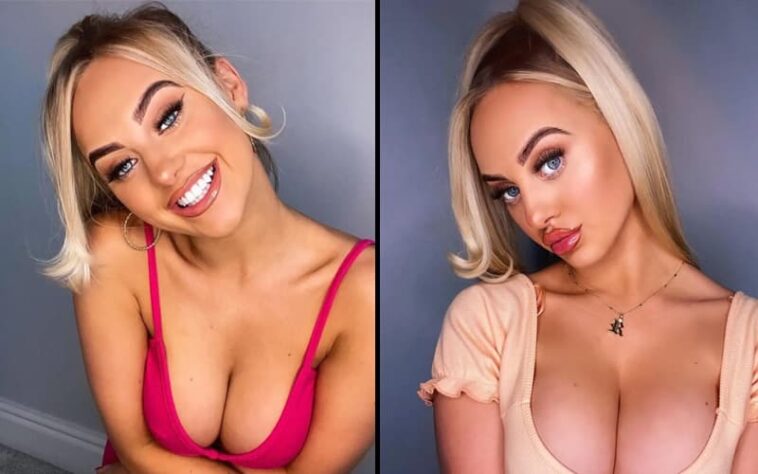 Being an influencer can be a pretty lucrative gig, especially when you have a bigtime following on OnlyFans, Youtube, and Instagram like Rhiannon Blue does.  She says she earns about $28k a month! But, she also has been letting people know that its a lot more work and a lot harder than people think.

She doesn’t deny that its

She also wants people to know that she deserves that money because she works hard and she gets pretty upset when people act like her job is a part time gig and a joke.

“If you want to be in that top percent, you have to work hard,”

“And it’s so annoying, because like… people I’m not really, really close to, but like friends of friends, when we have this conversation are like, ‘Oh, yeah, I wish I had that. It’s such easy money.’

“All they see is the person posting a picture and then they hear that they’re getting a good income.”

In an recent interview, Rhiannon said that she is basically on the clock 24/7.

“When people come home, have a cup of tea, put their feet up after dinner, to chill and switch off after work, that’s our busiest time, because from about six o’clock to like three in the morning, that’s when people have finished work. So that’s when we need to make most of our money.”

She then explains that even after she is done making her content, she then has to post it to multiple places which can take up a bulk of time.

“Then you’ve got to put all your content on TikTok, YouTube, Instagram, like every day – I do twice a day on all those platforms. And that’s just to build a following. So the better you build your following, the more people are seeing your links, the better your income is. That takes hours and days.”

And being on OnlyFans makes things even harder because she has to interact more.

“But then you’ve also got to be on OnlyFans to talk to all those people, to make sure they’re getting what they’re paying for. Because if you just ignore them, they just block you, get a refund.”

She also talked about some weird requests she gets on OnlyFans sometimes.  Just the other day, a guy paid her $420 dollars to dress up like a giant and crush tiny figurines for him.

“You know the tiny little figurines that kids play with, like tiny little men? You stand on them, squish them with your feet, pretend to eat them.”
“I need to be fully clothed and just pretend to eat this little man, sit on one, stomp on one with my feet and they get off on it. So I mean, each to their own.”

Basically, if you want to make the big bucks then you need to put in the work.  Sounds like most things in life.