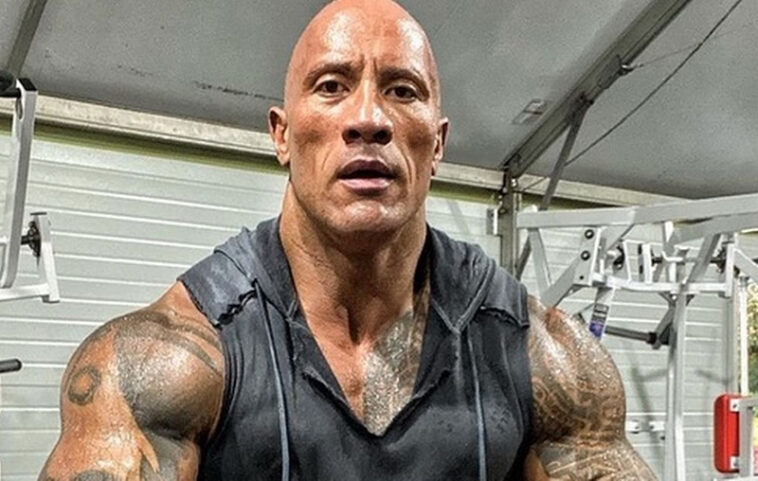 Dwayne’s two decades old bull tattoo was originally enhanced back in the year 2017, sharing on social media the 49-year-old gave an update on his recent extensive work on his bull tattoo.

The actor is sharing on social media the task and challenges the tattoo artist Yomico is going through to build on the ink that was earlier there.

‘Evolution of the Bull tattoo is almost complete. Day 2 and inking over 25 hours so far with my brother and hyper-realistic specialist @yomicoart in my basement.’

‘Yomico’s masterful in his skill and we’ve spent many months (almost a year thru Covid) collaborating on details and story that the tattoo will represent.

‘Almost done and almost time to break out the tequila’ he added.

The star revealed the very next day that he sat for five more hours of work on his arm.

‘Close to 30 hrs of tattooing (pretty challenging as my whole upper arm and shoulder wasn’t a blank canvas but rather enhancing and adding to what was already there so the level of detail, precision and specific color for my skin takes a lot of time) with my brother @yomicoart.’

It was in the year 2017 when The Rock debuted the large bull tattoo on his right bicep which was a covered up tattoo of the earlier bull tattoo design.

Johnson shared a side-by-side of the original bull tattoo along with the new and improved design by Nikki Hurtado on Instagram.

He wrote, ‘Evolution of the bull begins w/ @nikkohurtado. I’ve engrained this bull in my DNA for two decades. My core. Humbly, it’s also become a symbol of strength, resilience, heart, power and defiance to so many people around the world. I got this tattoo when I was just a kid. Now I need it to reflect me as a man,’

He explained that his 3D bull tattoo represented his life experiences.

‘Every detail is a reflection of my own personal history,’ he wrote at the time. ‘From the cracks and heavy damage in the bone representing life’s hard lessons I’ve learned over the years. Just like scars and wrinkles – I’m so grateful to have ’em because they’re earned.’

Sharing a video in a separate post, where Nikko is working on Johnson’s arm, he writes, ‘All my ink is a rite of passage and spiritual and the MANA (power and spirit) has to be right before we begin. Mana is strong with world renowned Nikko.

‘We talked for hours about the man I am today, compared to who I once was. And who I’ll always be. We all desire to grow and evolve. The mana is right.. let the blood and pain begin. #EvolutionOfTheBull,’