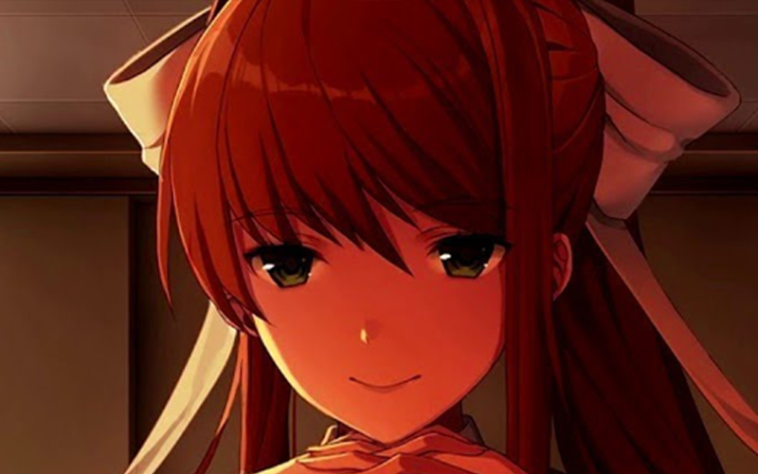 People Were Waiting: it Finally Happened

I was taking a break from moving things around the boss’s house, scrolling through my Youtube feed, and it was just there.  It seemed legit because it was from the Summer Game Fest.  I clicked on it, watched it through mute (I would later watch with sound alone), scrolled through the comments of excited fans, it seemed very real.  I then immediately pre-ordered a copy for Switch, my dad called to check in on me and I told him the news, and he was excited for me.

He asked me if I was going to write an article about this. I then remembered, I had written a short review about Doki Doki Literature Club.

The first thing that came to mind when thinking about the game finally being on console, was one of the things that makes this game special for me and many others, which could only be easily done on certain systems.  I won’t spoil for those who haven’t played, but those who have should know what I am referring to.

This moment was a marked a big change in the way I saw video games, and though it seems to be replicated in a way that will make it possible to achieve on console, it seems like it’s going to be streamlined.  I feel like one reason that this moment was so amazing was that it wasn’t a streamlined way to progress a game.

Indie games have broken the boundaries of what it means to be a video game, or even a game in general.  While I don’t mean to blame this on bigger companies, when bigger companies get their hands on any form of obscure content, it will be made to appeal to the masses, expanding the audience.

Making changes to media to appeal to a larger audience is happening everywhere, from books, to movies, to television, and advertising.  And as more time passes, media finds more excuses to appeal to everyone; just look at “cancel culture”.

But here’s the thing, by appealing to more, its delivering to more.  With this release, more people will be able to experience the amazing story that changed my life and many others.  If a penis is cut off a statue to appeal to a greater audience, it’s not the same, it’s not the original, but it is still an impressive piece of art, and the statue without a penis can be enjoyed.

I think Doki Doki Literature Club Plus will be a gateway for more people to enjoy the visual novel genre.  With this and the Danganronpa series heading towards the Switch, The Great Ace Attorney being localized, along with the release of the Famicom Detective Club games, I think the road is paving itself.